The Official Lyric Video for Step into My Story is finally here! Check it out on my YouTube channel or just play the embedded video below.

Thanks for your support! I'm so glad to finally be able to share this with you!


This world seems to get a little crazier at every turn. The media perpetuates a mad cycle of a charged political climate and bombardment of "news" which continues the insanity. Meanwhile, our souls are starving for connection and authentic community, which, our (anti) social-media has robbed us of.

I wrote this song "Spinning" as a simple observation of the self-centeredness that, as far as I can see, is at the root of the madness.

Check out the acoustic-Rhodes version on YouTube and then hop on over to SoundCloud for the Studio Scobie Demo arrangement.

VIDEO: Together is Better (Rhodes)

In light of Valentine's Day, I thought I would share a new song that I wrote for my lovely wife. ? "Together is Better" was a fun tune to write and record, so I hope it puts a smile on your face. My life really is better with my bride, Elizabeth, and this year we will celebrate 10 years of marriage.

Lyrics can be found here.

Together is Better (Rhodes) - [VIDEO] by Kurt Scobie

Yesterday on Instagram, I posted a three-part update on my Story about some exciting things coming down the pipeline for me in the near future. In case you missed it, here's what I've got planned in the upcoming weeks of 2018... 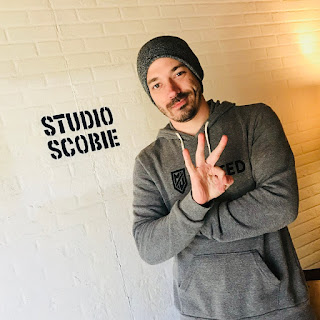 1. VIDEOS
You may have seen the video, Come Alive (Acoustic), I posted in late January to YouTube of a new original song. One thing I will be doing more of in 2018 is posting these kinds of videos! I have been writing a lot lately, and I am eager to get these songs out there. The next one will be make an appearance around Valentine's Day ?


2. DEMOS
I began dabbling with some recording software at the end of 2017. And, while I make no claims to be even close to a professional producer, I wanted to share some ideas I have been working on. Each month, coinciding with the acoustic videos, I will be releasing a new demo track (or two). So, TODAY, you can listen to the Studio Scobie Demo of Come Alive via SoundCloud.


3. STEP INTO MY STORY  The third and final update, and the most exciting, is that I am heading into the studio to record a single! I released a live version of this song a few years ago, but I am really excited to take Step Into My Story to the next level. Pre-production has already begun and we will be tracking piano and vocals in the coming weeks. This is one of my favorites of all my original songs, so this project is really exciting for me.

Sean Hill at Uphill Studios here in Atlanta will be producing this single for me. He's worked with a TON of artists and I've done some writing with him and worked on a few other projects with him as well. He's the real deal and I trust him completely in bringing this song to life in the studio.

Thank you for your support!


One goal I have for 2018 is to record several videos of my original songs and get them up on YouTube. I had a few last year, but I have more new songs to share. And there are even more to be written!

This video is of a song I wrote a few years ago. Come Alive is is a personal anthem about breaking through the things that keep us from becoming and thriving as our truest selves. I believe that God created each person with a purpose and a calling that, when realized, allows us to live in freedom and joy.